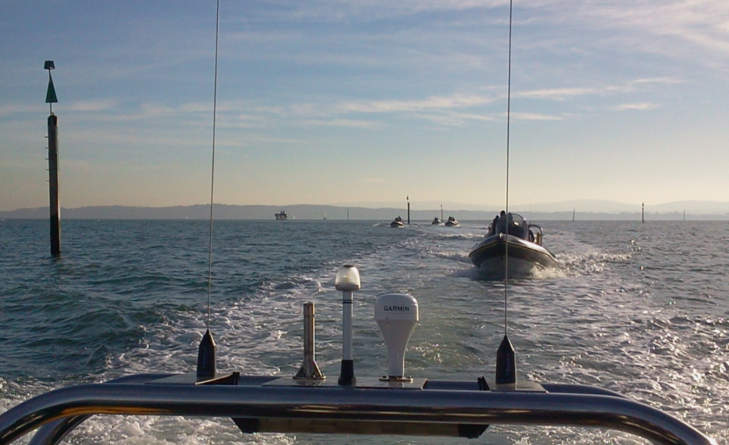 Over to you Tom!

“Amongst Cowes Week charters and weekend stag charters, my favourite charter was one of the last one’s of 2013. It was a glorious Autumn/Winter morning. Upon getting down to the boats (after basically ice skating along the pontoons), we were met by our fleet of RIBs coated with a layer of frost! We were running a RIB Treasure Hunt as part of a Land, Sea and Air event and it was a day of flat waters, crystal clear skies and bright sunshine with a cheeky fish finger sandwich at lunch!

In the afternoon, I took the bosses of the company out to the Needles which never gets boring, especially on that day when you could have just carried on going across the Channel and off to France! Stunning!”