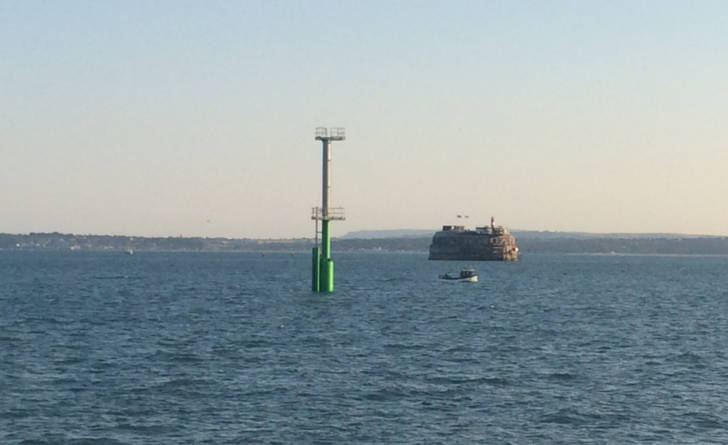 Portsmouth Harbour is one of the largest and busiest harbours on the south coast of England, and home to The Royal Navy.

The DIO (The Defence Infrastructure Organisation) has recently been contracted to prepare the port to home the Royal Navy’s two new aircraft carriers. HMS Queen Elizabeth and HMS Prince of Wales will be the largest vessels owned by the Royal Navy to date.

The organisation have installed navigation lights to help guide the vessels into Portsmouth’s narrow harbour entrance. The lights have been mounted on top of 14 steel towers that rise 30 meters from the sea bed.

The lights will be both solar and battery powered making them operational whatever the weather, and will only be lit when the carriers are entering or leaving the harbour to minimise distraction to other vessels. Something to look out for next time you are in the eastern Solent on a Rib.

The £34 million project is reaching completion as to be ready for the arrival of the new vessels early next year.

EMC Trust Spinnaker Tower Abseil! →
← There’s still time to get out on the water!