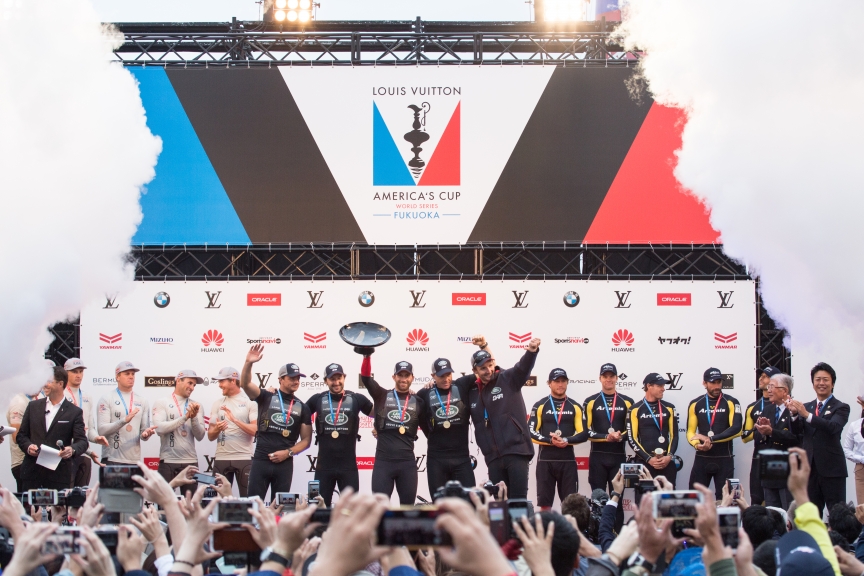 The Land Rover BAR team continue to make strides to bringing the America’s Cup back to the UK by not only placing first in the final regatta in Japan but also winning the overall series. Throughout the event the Land Rover BAR team has taken first place four times (Portsmouth 2015, Portsmouth 2016, Oman & Fukuoka) and now with the overall win of the series this will take them into the Bermuda Qualifiers with a 2 point advantage.

The British team, founded by Sir Ben Ainslie, are looking to be the first team in 166 years to bring the cup back home to England.

Solent Rib Charter will be cheering Ben and his team on in Bermuda 17th June 2017!