HMS Diamond, a type 45 destroyer will embark on its maiden voyage later today from Portsmouth to the Middle East.

The ship played a key role in the Diamond Jubilee celebrations earlier in the month.

Extensive preparation has gone in to the first deployment where HMS Diamond will replace her sister ship HMS Daring in carrying out maritime security patrols and anti-piracy.

HMS Diamond is the third of six new destroyers on Britain’s fleet and was formally declared operational in the summer of 2011.

We wish her every success on her maiden voyage. 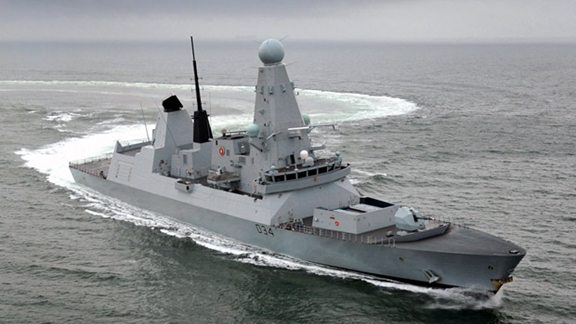