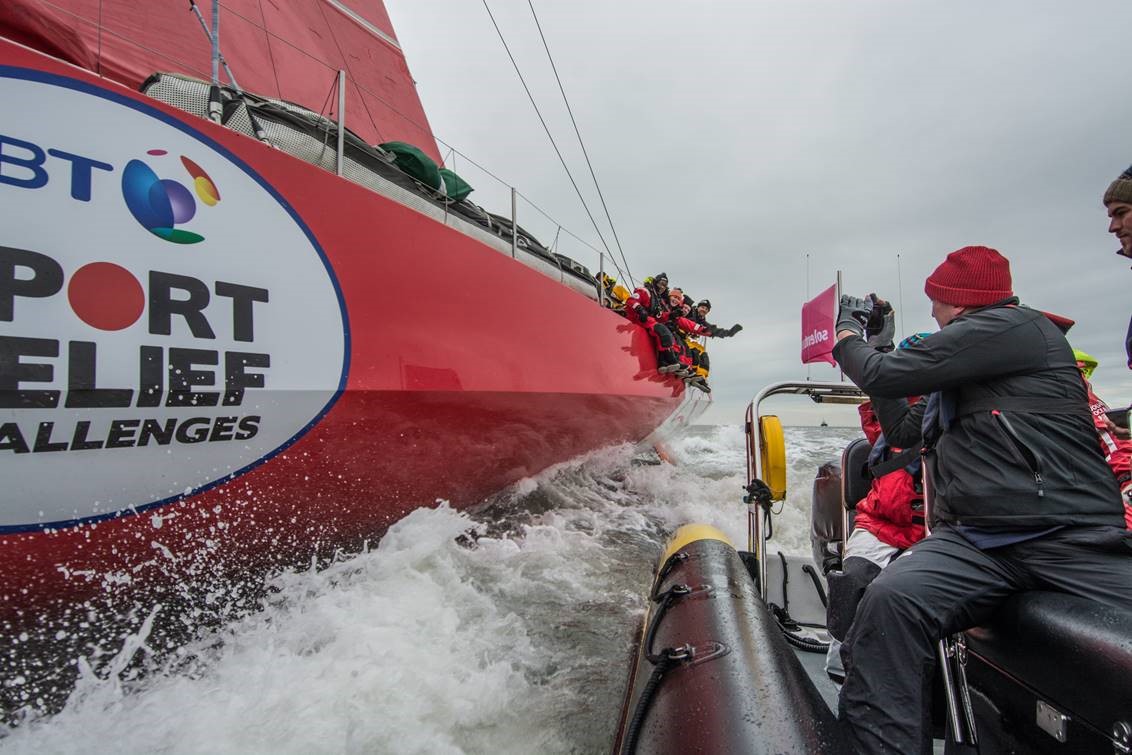 During the last week six celebrities have swapped their home comforts to go sailing offshore on a Volvo Ocean 65′ Race Yacht around the UK for the BT Sport Relief Challenge: ‘Hell on High Seas’.

Alex Jones, Angellica Bell, Ore Oduba, Suzie Perry, Hall Cruttenden and Doon Mackichan have battled some atrocious weather this week with high winds up to gale force 10, rough seas and freezing temperatures in their journey from Belfast to London where they are due to arrive this evening. With just a couple of days of training from their professional crew, these brave fundraisers have been fully involved in every aspect of sailing this powerful and blisteringly fast cutting edge racing machine. A four hour watch system has been used, meaning that every four hours they rotated between sleeping/resting and being on deck and keeping the boat fully powered up to reach their end destination of Central London in time. 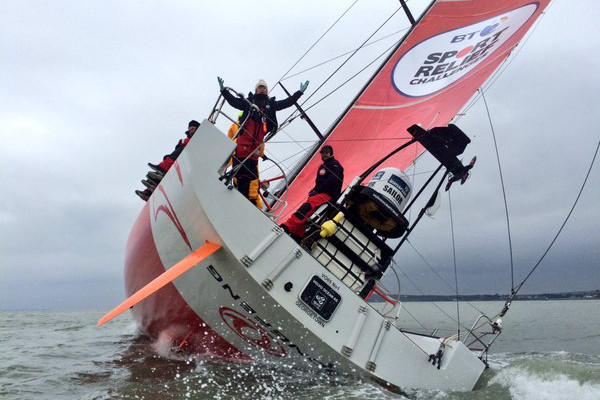 We were out on the water yesterday with Solent Events  and the media team from the Volvo Ocean Race to see the team pass through the Solent. Sir Ben Ainslie and the Land Rover BAR team came out for what was literally a ‘fly past’ following some friendly banter on Twitter. Having met the yacht at the Needles on the Western approach to the Solent, we followed them all the way to the Eastern tip of the Island where Sir Ben’s amazing AC45 ‘T2’ joined us. The resulting images and video will be used on the One Show on BBC1 and during the main Sport Relief show to be aired on Friday 18th Match 2016. What an amazing sight that was and a great time to be out on a Rib despite the less than tropical temperatures!

Good luck for the remainder of your trip ‘Hell On High Seas’, an amazing achievement, having raised over £350,000 so far!

To donate go to Sports Relief. 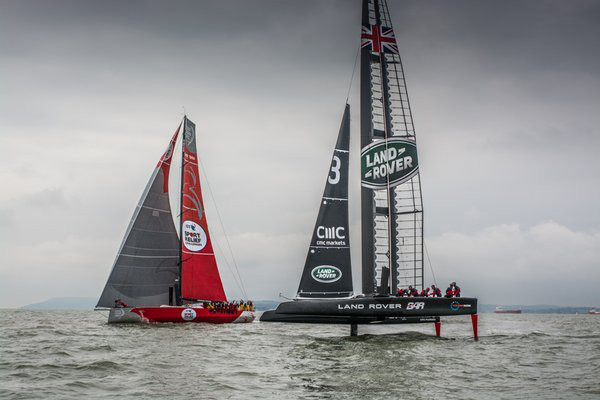