During December, as we are lucky enough to have such a variety of charters, we like to take a look back on the ‘best bits’ from the year.

Chris Godfrey’s best charter of 2016 was working on the Sailing World Cup event in Weymouth back in June. The Weymouth and Portland National Sailing Academy opened its doors throughout the competition for spectators to rub shoulders with the British Sailing Team and their international rivals.

The gripping sailing was covered by BT Sport, and at times from one of our Ribcraft 8.8m! Chris said;

‘I had live TV drones taking off and landing from the bow of the Rib, along with carrying the live TV interviewer who was talking to competitors on the water after the racing. Great racing, and some good results for Team GB too.’

We even caught a glimpse of Chris on TV! 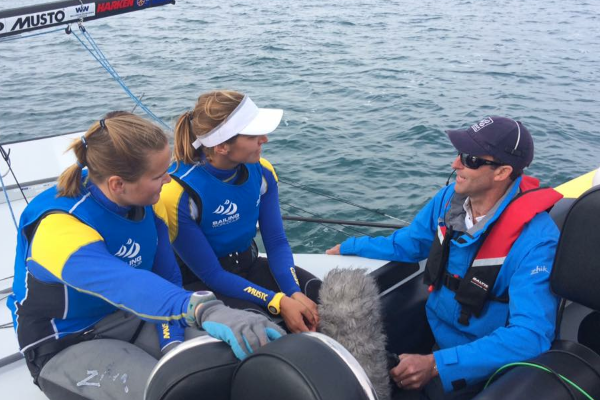